Cafe racers have a unique feel and style, making them different from other motorcycles. Compared to standard motorcycles, cafe racers are lightweight, have good handling, and their display is sportier.

This article will take a look at the history of cafe races, and then highlight cafe racer style, modern cafe racers, and cafe racer culture. Additionally, the article will point out what’s unique about cafe racer performance, and offer some popular modifications that consumers will love.

The history of cafe racers

According to Cafe Pacer, cafe racers started in England as a result of teenage kids who would hang out in transport cafes and race with their motorcycles. This was back in the 1950s. The cafes provided a good gathering space for them and their motorcycles, where they would challenge each other to race as others watched and cheered.

This trend also involved stripping down bikes and building them back in garages mostly because racing bikes were not available and cars were too expensive. This made building cafe racers an affordable alternative.

Cafe racers are not just black and white; they have evolved over the years and developed new and better styles. There are many modifications have been made to cafe racers to make them efficient and easy to handle.

There is no specific style that defines a cafe racer. It is difficult to tell which was the first original cafe racer as they come in a variety of styles. Like a custom-made suit, cafe racers are built to suit the owner.

One thing that is common among cafe racers, however, is the minimalist style. We can say cafe racers tend to be retro-style, single-seater motorbikes.

From classics to modern-day specials, cafe racers have stood the taste of time. Nowadays, cafe racers are not made only from specific motorcycles, which was the case in the past. Cafe racers have evolved gradually over the years and today, many global workshops come up with beautiful models of ready-to-use cafe racer motorcycles.

Manufacturers such as BMW, Ducati and Yamaha have borrowed a leaf from the classic cafe racers of the 1960s. The contemporary models are equally iconic, more agile and offer tucked-in riding positions. Many models of motorcycles are available in the market, and each can be used as the base for a cafe racer with more power and speed. In addition, some ready-to-ride models are made in the style of the original cafe racers.

Unlike in the past, when the owner built cafe racers from scratch, today, it is possible to buy an off-the-shelf modern cafe racer. Modern cafe racers are from factories, which produce a diverse array of bikes.

What does the contemporary cafe racer market offer? It offers high-performance bikes, beginner-friendly cafe racers, economical bikes and even electric motorcycles. There are limitless options available to suit your individual needs.

Cafe racers are the most distinct and influential motorcycle movement the world has seen. Social media shows and websites have focused on cafe racers, and this culture has spilled out to other parts of the world with riders from all walks of life. There has been growing love and interest for cafe racers and it is expected to keep thriving. Huge international gatherings and festivals have been held to celebrate these lightweight, fast motorbikes, and to embrace motorcycle art.

Cafe racers are more than just motorcycle makes and models; they are individualism, culture and custom tuning. They involve cafe racer outfits, thick wax jackets and plenty of denim. They encompasses the love for speed, pent-up young energy, and rock and roll music. A large following has emerged and blogs such as Feedspot Upgrade are exclusively about cafe racers, cafe racer apparel, jackets and vintage clothing. These meetings and platforms offer a place to mingle with other enthusiasts and market for popular brands.

Another point that distinguishes cafe racers from standard motorbikes is the aspect of comfort. Cafe racers are less comfortable, with the rider usually in an aerodynamic position. This is because they are primarily designed for speed.

Also, several improvements are made to custom cafe racers to make them perform better. The weight is reduced due to removal of the non-essential parts, which is essential for speed, while modifications are typically made to the engine to yield increased power. Adding rear-set footpegs is also common, which are essential when cornering aggressively. With rear seats, the rider can lean the cafe race further over.

Several modifications are made to standard motorbikes by the owners to make them cafe racers. Some of the modifications include swapping the engines and removing unnecessary parts like fuel tanks. Heavy fuel tanks are replaced with lightweight aluminum versions with knee dents for the rider to tuck in. The bikes are also stripped back and very lean. Owners can fit cafe racers with low-slung clip-on handles, lungs, and rear set foot pegs to place the rider in a great race-oriented position.

Cafe racers are truly fun bikes to ride. What makes a cafe racer special is the customization. Since they are customized motorcycles based on existing models, you can turn any motorbike into a cafe racer. The joy is you can always custom make yours, though costly, to mirror a style and feel that you desire. The goal is to remove the inessential parts, making the bike lighter and sportier.

Alternatively, you can pay a manufacturer to custom make one for you. For a more affordable cafe racer, you can opt for a factory-made bike, which is ready to ride. Check out Alibaba.com to learn more about cafe racers and their prices.

Jump starters are essential must-haves in a vehicle. This is a guide on what to consider when getting jump starters for different businesses.

Brakes are critical parts in any vehicle that can keep drivers safe. Find out how to maintain or replace brake discs and pads before selling.

Car organizers can improve the traveling experience, buy these to leverage business and profitability. 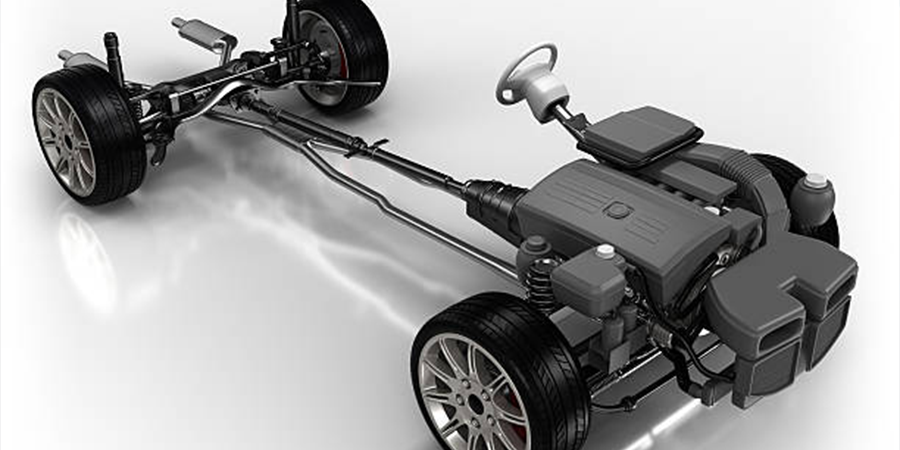