Skip to content
Home » Sales & Marketing » Is Shopify a Safe Platform To Boost Your Business?

Although running an online business is becoming more popular, many entrepreneurs are concerned about the risks involved in doing so. But, thanks to offering a wide range of secure features, eCommerce platforms like Shopify have made it possible for businesses of all sizes to reach a broader market.

If you are interested in using Shopify to build an online store, but are still worried about the risks, this guide will give a breakdown of everything you need to know to make a confident decision. So read on to see if Shopify can offer you the solution you need!

Table of Contents
What is Shopify?
How does Shopify inspire customer trust?
Safety measures offered by Shopify
Common Shopify scams to watch out for
Verdict: Shopify is safe, but beware of scams
FAQs

Shopify is a popular, fully-hosted, cloud-based online e-commerce platform for online merchants worldwide. It sells what’s called an “eCommerce platform” that allows businesses to set up their own online stores with little or no coding experience.

Founded in 2006 in Canada, Shopify offers an easy way to build, run, and grow an online store without maintaining local software or servers. Used by online sellers in over 175 countries worldwide, Shopify’s global impact is too impressive to ignore. Having generated over $543 billion in sales since its founding, Shopify has achieved record revenue of over $2.9 billion in the first quarter of 2022 alone.

Currently, 5.6 million businesses host their online stores with Shopify, making it the most popular online store builder. In fact, it has more than 2.1 million daily active users, with 79% of Shopify traffic coming from mobile devices. No wonder why developers from all over the world have rated Shopify consistently as the best eCommerce platform of the year in terms of functionality and scalability for over five years. It should, however, be noted that Shopify increased the possibility of fraudulent activity even with such impressive stats.

Although every online platform has at least a small element of risk, Shopify-based scams began to increase, tarnishing the company’s image. However, Shopify did not lose its client base due to these concerns, as it already has the highest standard of protection in place to secure its customer data and the necessary safeguards for protecting vendor accounts. So, let’s look closer at how Shopify takes care of the safety of both a buyer and seller, and why you can still trust it despite the scams that have caught recent attention.

How does Shopify inspire customer trust?

Shopify has a large and loyal customer base due to its straightforward subscription process and transparent payment system. Because customers hate hidden charges, Shopify does not give them any aftershocks with its subscription plans. In fact, various pieces of information, such as rates and inclusions of each plan, are shared with the customers in a comparison form, making it easier for them to decide on the best one.

First-time Shopify users can enjoy their 14-day free trial without entering any payment information. Once the trial ends, you only have to choose a plan and pay if you decide to launch your store with Shopify. It also gives detailed invoices with all the service charges and taxes included to its customers to ensure that they are not charged secretly for anything extra. Last but not least, it adheres to best practices when it comes to payment by integrating familiar and secure payment gateways such as Shopify Payments and PayPal, which are PCI (Payment Card Industry) compliant and which ensure the security of your payment information.

Since Shopify received negative press related to its safety measures, the platform has improved its security with features like:

Automated account locking – Shopify-powered stores come with a smart safety feature where if a person or bot tries to access your website in an unusual nature or makes suspicious attempts to break in multiple times, it locks the account automatically.

SSL certificates – The HTTPS protocol you can see on your site is obtained once you get the SSL (secure socket layer) certificate. It is a free certificate that encrypts all transactional data that passes through, so that Shopify owners have nothing to worry about related SSL.

Transport Layer Security (TSL) – A transactional protection for store owners and shoppers that protects crucial information and blocks malicious external scripts that could potentially compromise user information. It is more like a renewed version of SSL and comes with all Shopify subscription plans.

Identify confirmation tools – Shopify offers an additional security feature that alerts store owners if an account has been inactive for more than three months or if suspicious activity suddenly occurs. In addition, it supports direct integrations with industry-leading identity providers such as Okta, Azure, and OneLogin, allowing organizations to securely manage the authentication, creation, and removal of users through platforms they already use.

Although Shopify has several powerful safeguards in place to flag any suspicious actions, since Internet safety is a shared responsibility, you must also practice some safety measures like:

Common Shopify scams to watch out for

There’s no escape from hackers and online fraud, no matter how high your security standards are.  So while Shopify is a safe and trusted platform, here are a few possible scams to watch out for if you are a Shopify store owner.

Triangulation – It is one of the smartest and most enduring scams on Shopify and other eCommerce platforms. It involves scammers creating fake Shopify sites to target suppliers and acquire chargeback money by buying items with stolen credit cards. As a result, the transaction gets rejected, and the supplier loses products and money.

Switching – A common yet serious scam, it causes a long-term loss with sellers. What happens is that a shopper will make a purchase on your Shopify store and requests a direct invoice to be sent to their PayPal account. As soon as you send the invoice, a fake Paypal notification will be sent to you saying that the payment is done but is on hold for the product tracking code. Even if you provide the code, you will never receive the payment, while the scammer will get the products for free.

Direct client – Scammers use sweet-talking techniques to gain the buyer’s trust before luring them to move off Shopify to avoid paying platform subscriptions and fees and insist on direct card payment methods. When the buyers are conned and move out of Shopify’s secure portal, the scammer will take their payment information and misuse it.

Duplicator – Scammers target newly created Shopify Stores to create a fake store that is almost identical to a legitimate one and then sue the original owners for copyright infringement.

Fake purchase order – Only scammers with excellent knowledge and skill in tech and software can pull this trick off. Under this scam, the scammer acts as a real customer and creates a copy of your Shopify checkout sheet while altering the submit button link. They then patch the order to their hacking software, modify the data they received from your order, specifically the price, and adjust it to send the fake checkout sheet back at a lower price. If you fail to notice the price difference and approve the transaction, you will lose profit on that order.

Verdict: Shopify is safe, but beware of scams

Like every eCommerce platform, Shopify has its pros and cons. But it can be said that Shopify is doing an outstanding job in offering the best user experience and safety standards to both the buyer and the seller. As a result, it is a safe and legitimate business. One should still exercise due vigilance to keep scams at bay. But despite this, Shopify offers a leading product which could be exactly what you need to launch your business’s online presence.

Is Shopify safe to use?

Yes, absolutely. Shopify is very much safe and offers a secure platform for anyone to build and run their online store.

Is Shopify worth it for small businesses?

Shopify is great for beginners and small businesses as it comes with a full suite of features that require no scary coding to get started. The e-commerce platform not only offers cost-effective plans, but you can also save on transaction fees using Shopify Payments. In short, it is the easiest and safest way to launch a small business.

Can you get scammed through Shopify?

Just because Shopify is a famous and most sought-after eCommerce platform builder doesn’t mean there isn’t anything to worry about. Remember, nothing online is 100% safe, and the same goes for using Shopify. But by exercising due caution will significantly reduce the risks of getting scammed.

Create attractive and clean product photos that will multiply your online sales. Learn what tools and techniques you need.

Looking to start a print on demand business? Check out the tips you can use to set up your store and start generating a passive… 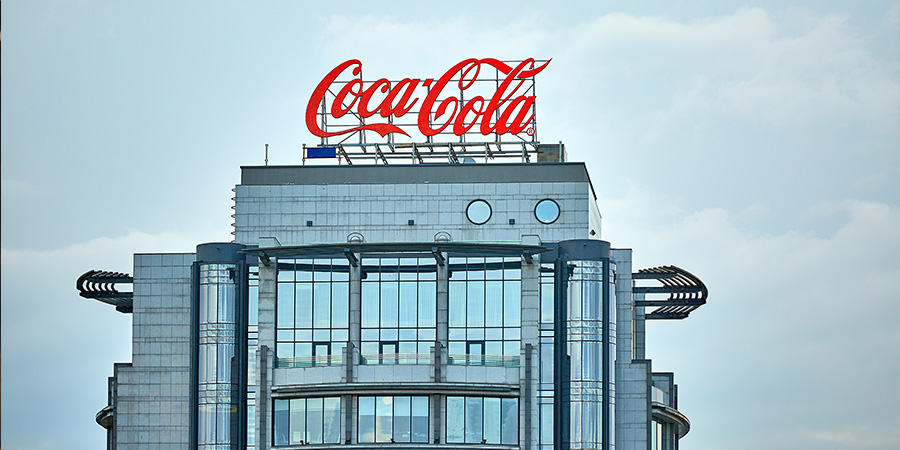 Building a brand is a key marketing strategy and paramount to the longevity of any business. Learn how to build your brand in 7 simple…

How to negotiate with suppliers to find the best deals for your business. Explore tips for the most effective tactics to prepare.

Kashyap Vyas is an expert on home improvement, machinery, and vehicle parts with over 10 years of experience developing well-researched content on other topics ranging from science, home services, and business-to-business technologies to manufacturing and business management.