Energy is what keeps our society running, including fuel for transportation and logistics, electricity to run our lights and work lives, and gas to run our kitchens. Today, the impending energy crisis threatens to severely restrict all those aspects that have become so essential to our daily lives. For this reason, it is more important than ever for individuals and businesses to take steps to minimize their energy use or turn toward renewable and local sources of energy. A change in energy creation and consumption is essential now to avoid a catastrophe not only in the future but this very winter of 2022.

What is the energy crisis?

Energy is essential in today’s society, and the globe is now facing a very serious energy crisis—a period of energy shortages and rising costs.

This energy crisis is down to a number of factors, including the disappearance of non-renewable energy sources, such as oil. However, the most present factor is the ongoing war between Euro-leaning Ukraine and the major energy supplier to Europe, Russia. This war has seen Europe place a number of economic sanctions on Russia, with the latter responding by cutting energy lines, including gas and electricity.

A shortage of energy means an increase in cost for individuals, where many will not have enough energy to power their basic needs. This will put pressure on individuals and governments to find alternative energy sources, as well as increase economic pressures on economies that are already in recession following the COVID-19 pandemic.

How is the energy crisis impacting individuals?

On an individual level, and especially for those with less disposable income, the energy crisis could become catastrophic. Energy, especially oil and gas, has long been supplied at a mass scale from Russia to Europe, and it could take years to find alternative energy sources.

With energy shortages already coming into effect, prices are shooting up across the globe, meaning that individuals must ration their use of gas, electricity, and fuel at home. For some, it may even be a case of choosing between heating the house in winter or eating. In addition, with ongoing fuel shortages, we may see a return to the long queues at gas stations. This could disrupt supply chains, due to both traffic and fuel shortages, which in turn could mean food scarcity or worse.

Where individuals are based will also impact how badly they are affected by the energy crisis. Those in colder countries that are heavily reliant on Russian energy are likely to suffer more this winter. Germany currently receives 35% of its natural gas from Russia, but Russia’s state gas provider, Gazprom, has just cut off one of the main pipelines — Nord Stream 1. Finland, meanwhile, had all electricity provided by Russia cut off only days after submitting an application to join NATO.

How is the energy crisis impacting businesses?

Businesses will not be able to escape the energy crisis either. Restaurants will require gas to keep cooking; hotels will require electricity and gas to keep their guests warm, fed, and comfortable; and distribution lines will be severely disrupted due to a lack of oil.

The worst hit will be smaller businesses, as they will have to find the additional funds to pay for highly sought after energy, as well as tackle the rising inflation and rent costs that will come with the recession. This is unavoidable, as when prices rise dramatically in one area, the money must be found elsewhere, causing a ripple effect across the market — inflation in the UK is expected to hit 20%, with the country expected to experience the largest two-year decline in median non-pensioner real disposable income after housing costs in 100 years.

This decrease in disposable income will not only affect individuals. With less money to spend, customers will stop frequenting businesses too.

What to do to minimize the impact of the energy crisis?

Thankfully, it is not all doom and gloom. Governments are filling their backup tanks (Germany’s gas storage is 84% full and Europe’s, as a whole, is 85% full) and deciding on aid packages to reduce the economic burden on their citizens. Unions of countries, such as the G7, are imposing caps on energy prices and Russian imported oil, while the European Union is looking at ways to reduce energy consumption as well as capping pricing on cheaper energy sources — namely nuclear and renewables.

There are many things that can be done from the bottom up too. Individuals and small businesses can look to reduce their energy usage or to capitalize on creating their own energy via renewables. Creating a local and renewable supply of energy will mean an increase in energy for the individual and their local community — as excess power is sold back to the grid through distributed electricity generation systems.

Renewable energy, such as distributed solar systems and wind farms, should be invested in as a matter of urgency. Using these methods of electricity generation can reduce the burden on the economy; help reduce power shortages and outages that will impact both individuals and businesses; help reduce reliance on Russia; and help stall global warming.

In addition to the above, renewable energy is economical once it is up and running. For this reason, and in a preparatory step for situations such as the one we are facing this winter, many major companies have already started huge renewable energy initiatives. These companies include the likes of:

This list will only grow, as two-thirds of Fortune 100 companies have set clean energy targets, along with half of those in the Fortune 500. Corporate clean energy buying is also at an all-time high, rising 44% from 2018 to 2019 and only growing with the current energy threat. This energy crisis and the reality of “energy warfare” has motivated governments, corporations, and individuals to move toward renewable energy in a way never seen before.

Distributed solar PV systems: One of the best solutions?

Distributed solar PV systems consist of two or more electricity-generating solar panels, an inverter, and other electrical equipment. Together, these components harness the power of the sun (a renewable resource) and convert it to electricity, which can be used directly in the home or business.

As distributed solar PV systems generate less energy than other methods, such as nuclear, and cannot produce electricity when there is no sun (at night for example),  early predictions were that PV systems would account for 10% of the global electricity generated by 2050. However, due to climate change concerns and attempts to hit green targets, that figure rose to 60% by 2050. Now, with the energy crisis rapidly taking center stage, that figure could increase further.

Distributed PV systems are promising in the long-term, as they harness the power of a renewable resource — the sun. They are also easy to install and relatively cost-effective. Best of all, they can be installed on rooftops, meaning they will not take up valuable space needed for agriculture, development, and protected natural areas.

To address periods of no sunlight, distributed PV systems should be used alongside distributed electricity generation systems, whereby local grids utilize multiple varied energy generation systems. This is something already being seen in the significant levels of investment from private companies, individuals, and governments alike, with many investing in multiple renewable projects, but always inclusive of PV systems.

The energy crisis will affect everyone, from major businesses that will see distribution lines in chaos and rising energy prices denting their budgets to individuals who will have to ration energy use and tighten their belts. To avoid anything worse than this, it is paramount that we all plan now.

Businesses and individuals should be looking to reduce energy consumption and switch to renewables, such as using solar PV and energy systems. These methods are cost-effective, local, and suitable for long-term energy generation. Switching to renewables now will not only protect you from this winter’s energy crisis, but also from one on the horizon that will be much worse — the effects of global warming and the final disappearance of our non-renewable energy sources. 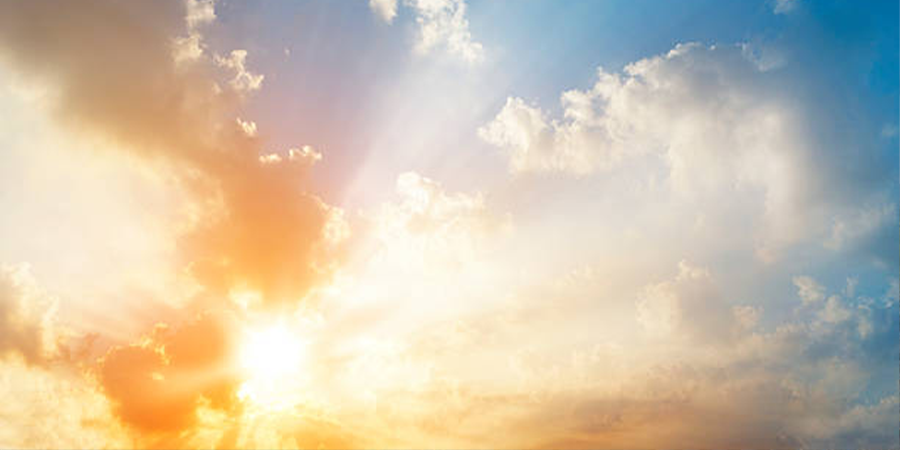 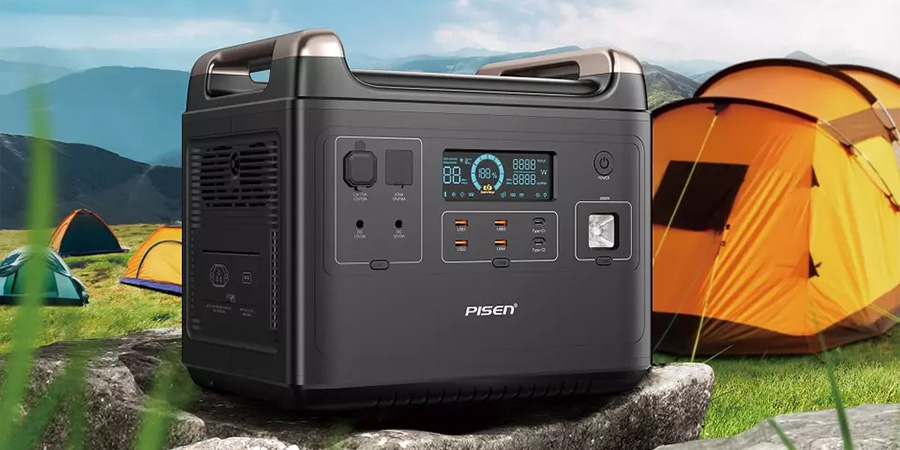 Check out this guide to learn how to choose the right outdoor portable power station that can help families gain a better camping experience. 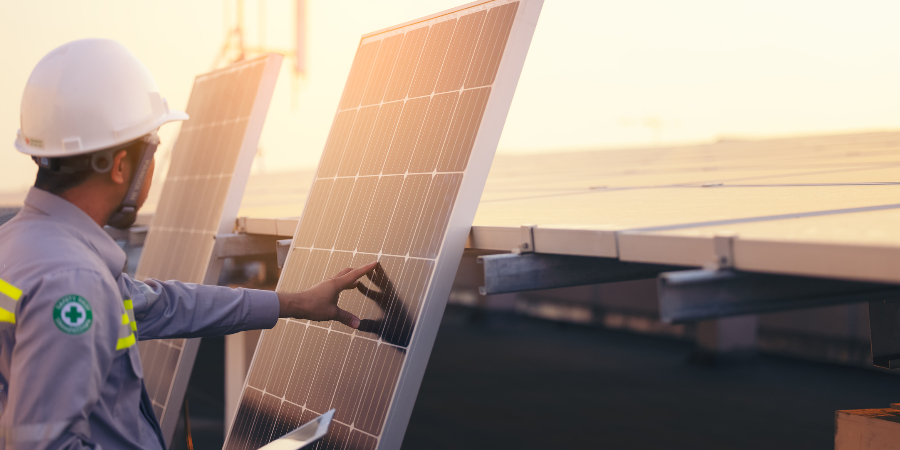 Once it comes online, the 1.04 GW Romanian solar power plant currently under development will be the ‘largest’ in Europe according to Actis.