Laser technology has been integrated into the everyday life of the modern world. Different types of laser generators function at different wavelengths, display different characteristics, and therefore are used for different purposes.

This article walks you through the most common types of laser generators, their features, and their applications.

In solid-state laser generators, light is generally used as the pump source, and crystal or glass is used to generate laser light. The material is composed of a matrix and an activated ion. The matrix material provides an environment for the activated ion to generate laser. Commonly used activated ions are mainly transition metal ions, such as chromium, cobalt, and nickel ions., and rare earth metal ions, such as neodymium ions. The mirrors coated with dielectric films are used as resonator mirrors, including a full mirror and a half mirror. With a combination of different activated ions and matrix materials and wavelengths of light excitation, lasers of various wavelengths are emitted.

The laser wavelength output by the ruby laser generator is 694.3nm, and the photoelectric conversion rate is as low as 0.1%. However, its fluorescent life is long, which is conducive to energy storage, and it can output high pulse peak power. The laser generated by a ruby rod with a thickness of a pen core and a long beam can easily penetrate an iron sheet. Before the emergence of more efficient YAG laser systems, ruby laser systems were widely used in cutting and drilling. In addition, 694nm light is easily absorbed by melanin, so ruby lasers are also used in the treatment of pigmented lesions (skin spots).

The Ti:Sapphire laser generator has a wide tunable range of wavelengths from 660nm to 1200nm. When used with frequency doubling technology (which can double the frequency of light, that is, halve the wavelength), the wavelength range can be extended to 330nm-600nm. Titanium sapphire laser systems are used in femtosecond spectroscopy, nonlinear optics research, generation of white light, generation of terahertz waves, etc., and also have applications in medical beauty.

YAG is the acronym of yttrium aluminum garnet, which is the most excellent laser crystal matrix at present. After being doped with neodymium (Nd), it can output 1064nm light, and the maximum continuous output power can reach 1000w. In the early days, an inert gas flash lamp was used as the pump source, but the flash lamp pump method has a wide spectral range, poor coincidence with the absorption spectrum of the gain medium, and a large thermal load, resulting in a low photoelectric conversion rate. Using laser diode (LD) pumping, the system can produce laser light with high efficiency, high power, and long life.

Nd:YAG laser generators can be used in the treatment of hemangiomas and inhibit tumor growth. However, the thermal damage to the tissue is non-selective. While coagulating the blood vessels of the tumor, the excess energy will also damage the surrounding normal tissue, and it is easy to leave scars after surgery. Therefore, Nd:YAG laser is mostly used in surgery, gynecology, ENT, and less in dermatology.

Yb:YAG, Ytterbium (Yb) is doped into YAG, which can output 1030nm light. The pump wavelength of Yb: YAG is 941nm, which is very close to the output wavelength, which can achieve a pump quantum efficiency of 91.4%. That means most of the input energy is converted into output energy while only a small part of the energy turns into heat. The heat generated by the pump is suppressed to within 10%, a relatively low percentage compared with Nd:YAG, which loses 25% to 30% of energy in the form of heat. Yb:YAG has become one of the most attractive solid-state laser mediums, and LD-pumped high-power Yb:YAG solid-state laser generators have become a new research hotspot, with a potential for high-efficiency, high-power solid-state laser generators.

In addition to the above two, YAG can be doped with holmium (Ho), erbium (Er), and many other elements. Ho:YAG produces eye-safe 2097nm and 2091nm lasers, mainly for optical communication, radar, and medical applications. Er:YAG outputs 2.9-μm light, and the human body has a high absorption rate of this wavelength, so it has a great potential to be used for laser surgery and vascular surgery.

The HeNe laser generator (HeNe) uses a mixture of 75% or more He and 15% or less Ne as the gain medium. Depending on the working environment, it can emit green (543.5nm), yellow (594.1nm), orange (612.0nm), red (632.8nm), and three types of near-infrared light (1152nm, 1523nm, and 3391nm), of which red light (632.8nm) is the most commonly used. The beam output by the HeNe laser generator has a Gaussian distribution, and the beam quality is very stable. Although the power is not high, it has a good performance in the field of precision measurement.

The common noble gas laser generators work with argon ions (Ar+) and krypton ions (Kr+). Its energy conversion rate can reach up to 0.6%, and it can continuously and stably output power of 30-50w for a long time, and its life span exceeds 1000h. This type of laser is mainly used in laser display, Raman spectroscopy, holography, nonlinear optics, and other research fields, as well as medical diagnosis, printing color separation, metrology material processing, and information processing.

The nitrogen molecular laser generator uses nitrogen as the gain medium, which can emit ultraviolet light of 337.1 nm, 357.7 nm, and 315.9 nm, and the peak power can reach 45kw. It can be used as a pump light source for organic dye laser generators and is also widely used in laser separation of isotopes, fluorescence diagnosis, ultra-high-speed photography, pollution detection, medical and health care, and agricultural breeding. Because its short wavelength is easier to focus to obtain a small spot, it can also be used to process sub-micron components.

The gain medium used in the CO2 laser generator is carbon dioxide mixed with helium and nitrogen, which can output far-infrared light centered at 9.6 μm and 10.6 μm wavelengths. The generator has a high energy conversion rate, the output power can range from several watts to tens of thousands of watts, and the extremely high beam quality makes the CO2 laser generator widely used in material processing, scientific research, national defense, and medicine.

Excimers are unstable molecules that are filled with mixtures of different noble gas and halogen gas in the resonator to generate lasers of different wavelengths. The excitation is usually achieved by relativistic electron beams (energy greater than 200 keV) or by transverse rapid pulse discharges. When the unstable molecular bonds of the excited state excimer are broken and dissociated into ground state atoms, the energy of the excited state is released in the form of laser radiation. It is widely used in medical, optical communication, semiconductor display, remote sensing, laser weapons, and other fields.

The chemical laser generator is a special type of gas laser system that uses the energy released by chemical reactions to realize particle number inversion. Most of them work in molecular transition mode, and the typical wavelength range is in the near-infrared to mid-infrared spectral region. The most important ones are hydrogen fluoride (HF) and deuterium fluoride (DF) devices. The former can output more than 15 spectral lines between 2.6 and 3.3 microns; the latter has about 25 spectral lines between 3.5 and 4.2 microns. Both devices are currently capable of multi-megawatt outputs. Because of its huge energy, it is generally used in nuclear engineering and military fields.

The fiber laser generator is a type of laser system that uses rare earth element-doped glass fiber as a gain medium. It can be used for printing rolls, metal, and non-metal drilling, cutting, welding (brazing, water quenching, cladding, and deep welding), military, defense and security, medical equipment, large-scale infrastructure, and as a pump for other laser sources.

The free electron laser generator is a new type of high-power coherent radiation source different from traditional laser generators. It does not need gas, liquid, or solid as a medium but directly converts the kinetic energy of a high-energy electron beam into coherent radiation energy. Therefore, it can also be considered that the working substance of the free-electron laser generator is free electrons. It has a series of excellent characteristics such as high power, high efficiency, a wide range of wavelength tuning, and time structure of ultra-short pulses. Except for it, there is no laser generator that can have these features at the same time. It has considerable prospects in the fields of physics research, laser weapons, laser fusion, photochemistry, and optical communications. 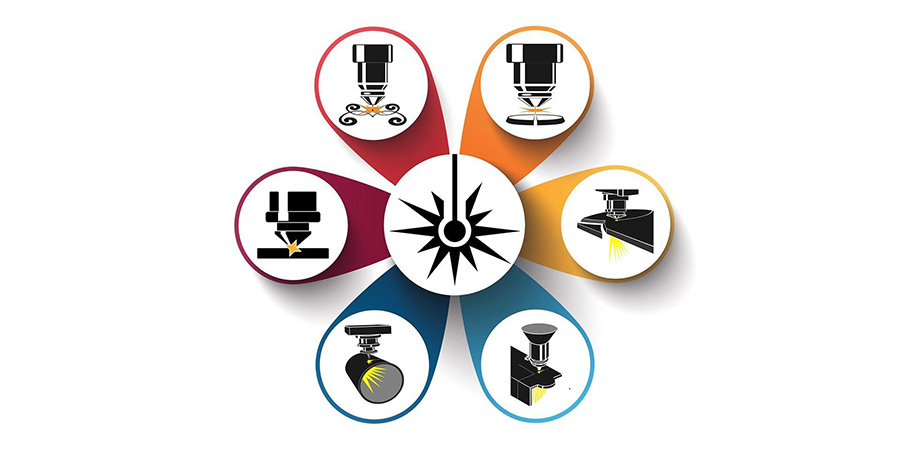 Metal to cut? Not sure if you need a fiber laser cutting machine? Read on what they do, how they work, and how to choose… 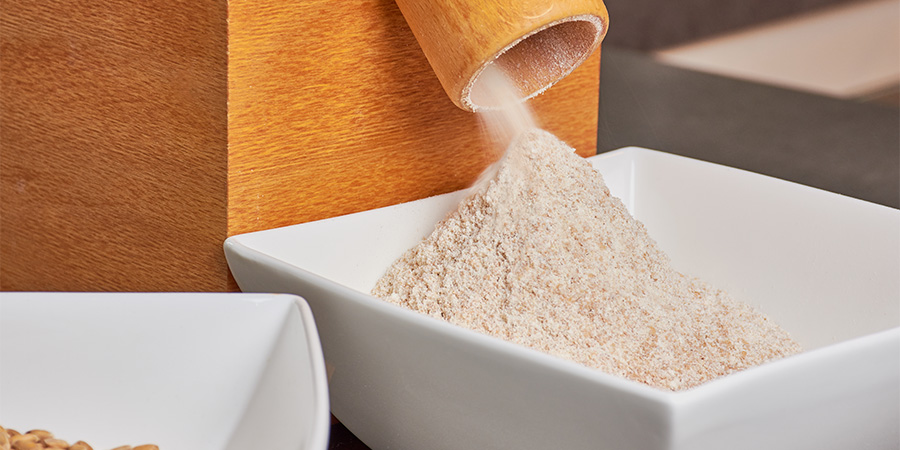 In smart construction, digital technologies are improving productivity, minimizing costs, and maximizing sustainability. But will it last? 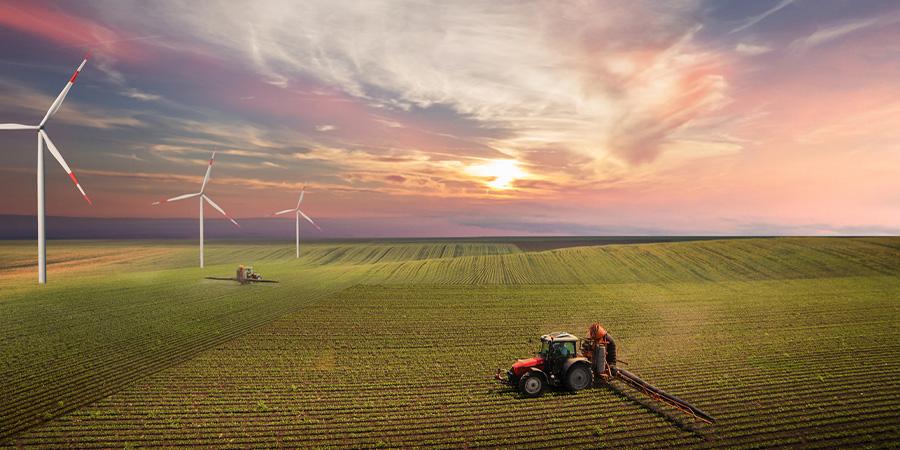 Running an agricultural business needs a wide range of equipment. Read on for a guide to sourcing the key equipment to boost your business.