Agricultural manufacturers have primarily contributed to the growth of farm output. This is through the production of advanced agricultural equipment that reduces the cost of farm inputs like labor.

With the availability of various types of agricultural machinery, much work can be done within a short period of time. This article will enlighten you on the top 10 agriculture machinery manufacturers in 2022.

Africa is also experiencing a population boom and is seeking to modernize its agricultural equipment by transitioning from manual farming. In 2000, Africa’s population was 800 million in comparison to 1.4 billion in 2022, an increase of 75% in only 20 years.

Such an increase, combined with that of Asia-Pacific, will push up the demand for agricultural machinery much more. In 2021, the value of agricultural machinery worldwide was US $157.89 billion. It’s expected to increase from US $168.3 billion to US $272.6 billion by 2029, growing at a compound annual growth rate (CAGR) of 7.1%.

Mowers are predominantly used to cut tall grass before plowing land for farming. This is different from reaping, which also uses similar equipment.

Mowers come in different variants, which include:

A cultivator is a mechanical tool for groundbreaking and uprooting weeds. Cultivators come in different types, such as rotary and sharp-tooth tillers, also known as shanks.

The rotary uses discs to till the land, while the sharp teeth are extended metal hooks on a frame that are often pulled from behind.

Cultivators are mostly used for secondary tillage to mix the soil to allow for good crop aeration and, simultaneously, to get rid of weeds. Most cultivators are helpful for weeding when the crops have started growing to reduce or eliminate nutrient competition.

Rakes usually feature a set of straight or curved metal spikes on a frame attached to a wooden handle. They are often used by hand to gather hay or grain together into piles.

Heavy-duty rakes are mechanized and come in various forms, such as rotary and star-wheel rakes. Large rakes are suitable for moving larger debris and uprooting shallow-rooted weeds.

Backhoes are multipurpose farm machinery for digging and excavation.

The front loader is used for moving debris and can unload it on a tipper or to a selected point for later collection. At the same time, the backhoe helps dig medium trenches or holes at the farm.

A harrow is a cultivating implement with teeth, spikes, or discs that are effective for breaking up large chunks of soil.

Plows are often used before planting to break the ground into small chunks and set it as a loose seedbed conducive for planting.

There are other heavy-duty harrows like the heavy-duty hydraulic harrow. It’s mainly transported using tires and features high-quality boron steel discs with a hardness of 48–52 HRC.

Tractors are the primary farm implement that facilitates mechanized farming.

A tractor is versatile and performs different tasks on the farm, namely:

Combine harvesters have recently been designed to be versatile and capable of harvesting different grain crops.

A combined harvester significantly reduces the workforce by efficiently combining three to four processes simultaneously. These include reaping, threshing, separation, and cleaning.

Modern seeders and transplanters are electronically controlled to enhance speed and precision. Until recently, these machines were mechanical and used chains or Cardan shafts on one or several wheels.

There was a need to balance between seed transmission and wheeling units. A speed gearbox was handy for varying spaces along the rows.

However, the machines being semi-automated required a lot of maintenance, hence the invention of electric seeders and transplanters. They use a motor that regulates the seeding unit with the help of a high-precision GPS on the tractor to control seeding by maintaining uniform spacing.

Some of the leading agricultural machinery manufacturers have existed for many decades, others over a century. They consistently innovate to increase efficiency in agriculture. Below are some of them.

The company originates from the U.S. and specializes in manufacturing agricultural implements. It dates back to 1836, When John Deere, a blacksmith, invented the first steel plow. John Deere started manufacturing tractors in 1918 after purchasing Waterloo Engine Gas Company.

With a presence in about 30 countries worldwide, John Deere is estimated to be worth US $84.1 billion, according to Fortune Global 500.

The organization has three arms of operation, which are:

CNH is a British-American multinational company based in Basildon, U.K. It’s primarily controlled by Exor, a multinational investment company owned mainly by the Agnelli Family. The enterprise is registered in the Netherlands and has a principal office in London, England.

The corporation is the second-largest in the world, only second to John Deere. Its subsidiaries include IVECO, Case, Raven, New Holland, FPT, etc. CNH is valued at approximately US $2.7 billion.

It’s the third-largest manufacturer and distributor of tractors worldwide, behind John Deere and CNH Industrial. It manufactures and distributes brands such as Valtra, Hesston, Massey Fergusson, Fendt, Gleaner, Challenger, etc.

The establishment specializes in the manufacture and distribution of agricultural machinery. CLAAS Group is based in Harsewinkel, Germany. It was formed in 1913 by August Claas as a family business, and they are leaders in the harvesting technology industry.

CLAAS corporation leads in manufacturing combine harvesters in Europe. The enterprise employs over 11,000 workers, and in 2021 it took  in a turnover of US $4.61 billion.

Changfa Group was established in 2003, and its headquarters are in Wujin District, Changzhou, China. They specialize in making agricultural machinery like tractors, rice planters, and harvesters.

The company has eight divisions and five subsidiaries with over 4,000 employees. It also engages in significant research and development.

The YTO Group is based in China and was started in 1955. They are the leading manufacturers of tractors and agricultural implements in China. YTO Group was the first to produce tractors, cross-country trucks, and road rollers in China.

It has been awarded as China’s top brand. Armed with assembly lines imported from Germany, Switzerland, Italy, the U.S., and the U.K., the group’s worth is approximately US $2.7 billion.

One of the heavy industries in China was founded in 1998 and is headquartered in Tianjin. They manufacture agricultural and construction equipment and vehicles. The company is 72nd out of the 500 most-valuable Chinese brands.

Lovol Heavy Industry is worth over US $11 billion and has nearly 3,000 distributors. In April 2022, Lovol won the National Science and Technology Progress Award.

Dongfeng Agricultural Machinery Group was founded in 1952 in Changzhou, China. It has an asset base of US $518 million and over 1,800 workers. Their products are churned out and marketed as DFAM® for tractors, Townsunny® for farm implements, Dongfeng®, and DF®.

Dongfeng manufactures four-wheeled tractors, push walk tractors, backhoes, loaders, and mowers. The company has more than 2,000 workers worldwide and a revenue of US $309 million. It has a foothold in 105 countries and regions, including Canada, Ukraine, Australia, Bangladesh, and Europe.

SDF is one of the leading manufacturers of tractors, diesel engines, and combine harvesters. Its products are marketed under brands such as SAME, Lamborghini Trattori, Deutz-Fahr, Gregoire, and Hurlimann.

The company’s revenue in 2021 was US $1.45 billion, having manufactured tractors and harvesting machines totaling 38,434 units.

Shandong Changlin was established in 1986 in Shandong, China. The enterprise manufactures agricultural machinery, wheel loaders, excavators, and road rollers with a workforce of over 1,000-plus, generating an annual revenue of US $50 million.

The manufacture of agricultural machinery continues to soar because of demand worldwide. With that said, the article above has highlighted the top 10 manufacturers for buyers to consider when searching for agricultural equipment. 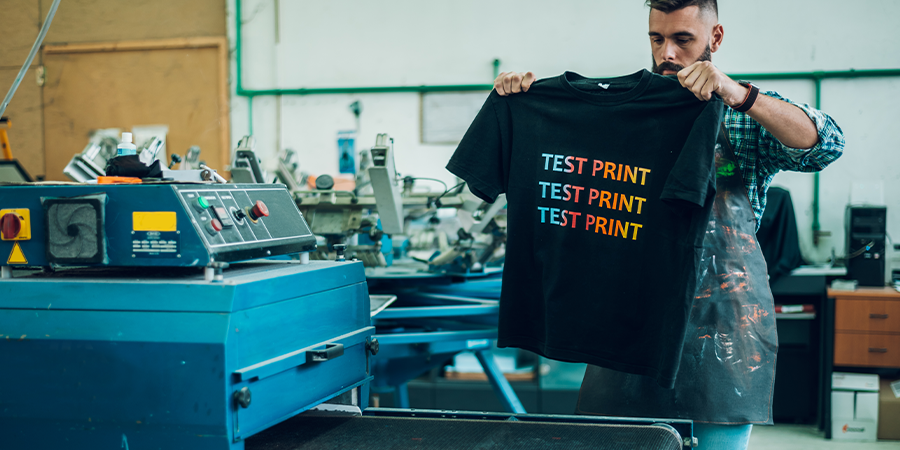 The use of Printer DTF allows you to obtain simplicity, convenience, consistency in performance with a wide range of colors.

Press brakes are machines that help you bend and manipulate metal sheets and plates. It's the primary tool in manufacturing and fabricating. 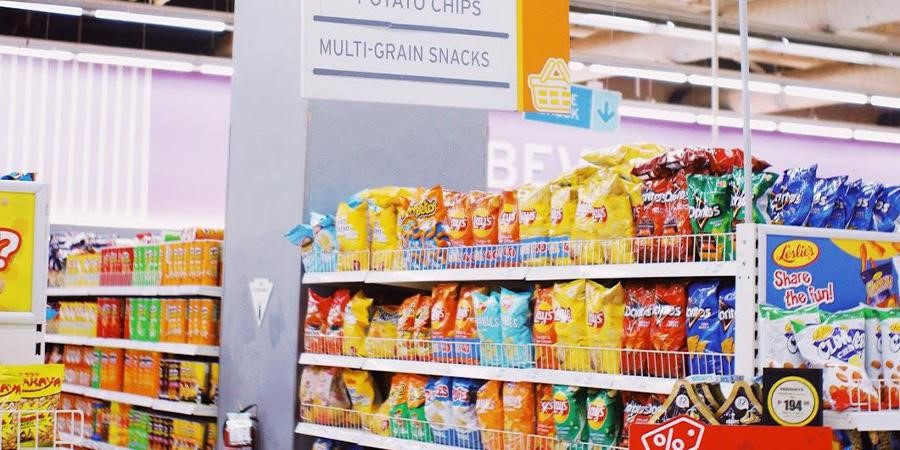 Learn how to acquire the best packaging machines in 2022 with incredible features and benefits that companies will be willing to pay for.

Are you looking for a reliable CNC machining center that will cater to your business need? Here is everything you need to know and consider.

Lel Barry is an industry expert in Machinery, Marketing, and Finance with over 5 years of experience. Away from duty calls, he loves readings books, traveling, and playing guitar as a way to break the monotony of life.