USB flash drives are efficient devices that enable users to quickly store and transfer large files from one computer to another. They differ in speed, storage capacity, and functionality. This article discusses all the important aspects of flash drives to help you decide the right options for your customers.

The global USB flash drive market was valued at $7.96 billion in 2020 and is projected to grow at a CAGR of 7.4% to $14.20 billion by 2028. Several factors, such as the ascent in work-from-home culture and the rising demand for data storage devices with flash memory, are driving the market growth.

USB drivers are popular because they are lightweight, compact, have a large storage capacity, and provide high-speed data transfer without the use of a battery or running power. They are also less susceptible to corruption than other storage devices, such as CDs and floppy discs.

The Asia Pacific region is expected to drive most of the global revenue during the forecast period. This can be explained by several factors, including rising consumer spending on electronics and the region’s high consumption of data storage devices.

What are USB flash drives?

A USB flash drive is a small data storage device that includes flash memory with an integrated USB interface to save information. They are also known as jump drives, pen drives, USB memory sticks, and thumb drives.

Pen drives are small and primarily used to save and transfer data from one electronic device to another, such as a computer. They are faster, more reliable, and have a larger storage capacity than CDs. Because of their universal serial bus (USB) port compatibility, flash drives can be connected to any computer.

How Does a flash drive work?

There are two types of memory: volatile and non-volatile memory, which are used to save and store data on various electronic devices. Volatile memory is a type of temporary data storage that is most commonly found on hard disc drives. They can only read data when the computer is turned on. When the computer is working, for example, hard discs make a clicking sound, indicating that the read is being read.

On the other hand, Flash drives are non-volatile devices that use power to save, store, and transfer data. It can, however, store data without a power supply. Even if there is no power for an extended period, the data can be safely stored without damage or loss.

The data will only disappear when it is manually removed. When a flash drive is connected to a device with a USB port, it begins reading, transferring, storing, and saving data.

Some of the features are listed below:

What Is the Difference Between a USB 2.0 and a USB 3.0 Flash Drive?

The flash drive is connected to a USB port, allowing interaction with the computer. There are different types of USB flash drives, such as USB 2.0, 5.0, 3.1, and 3.2, for different needs. The major difference between them is the speed and price. However, the price will vary depending upon the storage capacity and brands, among other factors.

Here are some most common types of USB flash drives available in the market based on their usage:

Security flash drive– This is a standard storage device with additional security to protect the data. The device is bolstered with physical or logical security to prevent data theft. For example, the Cryptex flash drive requires a password before accessing the embedded USB disc, and others use password protection and encryption to ensure security.

Music flash drive– This device is used to transfer music files from one computer to another. They may differ depending on the external design and type of flash drive, and most, however, are compact and designed to be portable.

Boot flash drive– This device resembles a standard memory stick and is used to install an operating system. Making an external storage device perform this function is known as ‘making bootable.’ When the computer fails to start due to a missing operating system, this boot flash drive can be used to restart it.

USB flash drives based on their appearance

Credit card flash drive– This flash drive is designed to look like a credit card, as the title suggests. Some manufacturers may even allow customers to personalize the device by engraving their name on it.

Wristband flash drive– This flash drive is designed to look and function like a wristband, as the name implies. However, not all models are waterproof, so users must exercise caution.

The following section will cover USB flash drives depending on their storage capacity. The drive memory can range between 128 megabits to 2 TB, based on the purpose.

Moderate storage capacity– this list begins with 1 and 2 GB flash drives, which are still popular due to their small size and low price. Following that are 4 and 8 GB flash drives with a higher price tag and more storage capacity. They are large enough to store movies and support both 3.0 and 2.0 USB standards. The last item on this list is 16 GB USB drives, which are pretty standard these days, and support the most recent USB standards, such as USB-C and USB micro-A connectors.

Large storage capacity– getting a 1TB flash drive was a pipe dream a few years ago, but now all leading brands offer this option. Today, 2 TB USB flash drives have the highest capacity but are larger in size.

USB flash drives are widely used devices for storing and transferring data from one computer to another. They come in various styles and are primarily classified by their use, storage capacity, and functionality. As the tech space becomes more data-driven, more people will seek out external storage devices to keep their data safe. 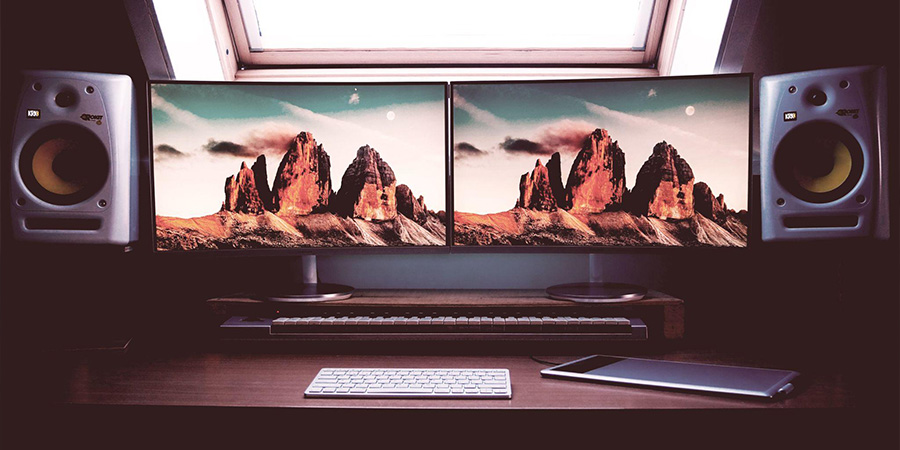 Using two monitors can maximize work efficiency and protect eyesight. Learn what to buy and how to set up dual monitors here. 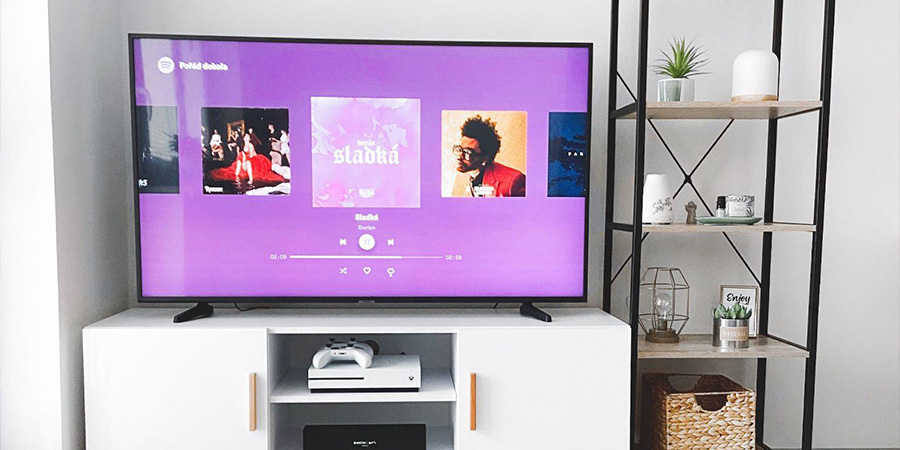 Despite access to smartphones, smart TVs remain popular. And its market is expanding! Read on to see smart TV trends driving this growth. 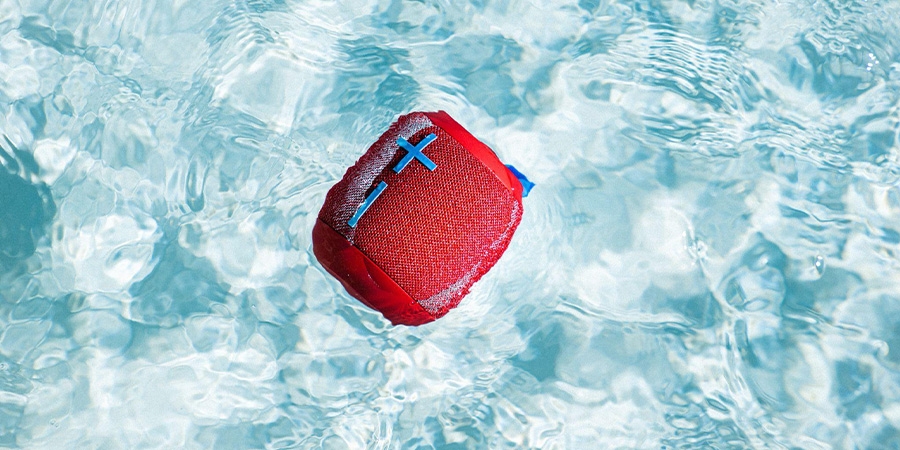 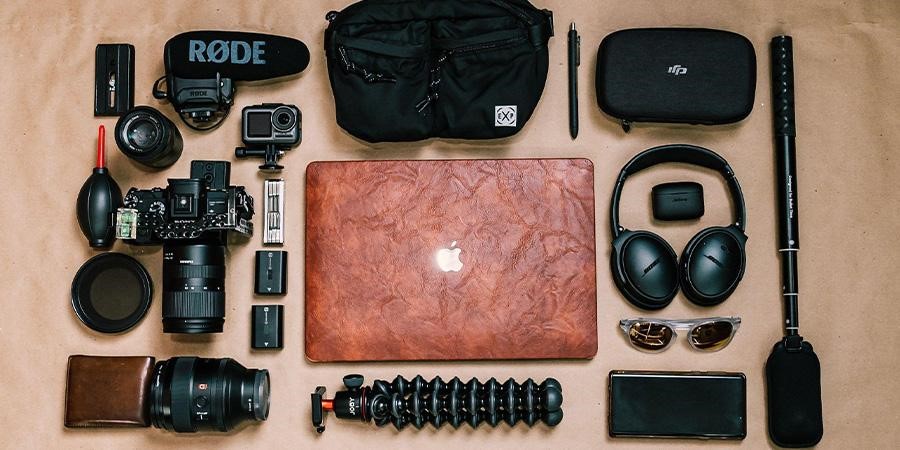 Learn more about the growing popularity of vlogging and find out which vlogging equipment beginner vloggers are looking for.

Pooja is an expert on ecommerce, apparel, and home improvement. She works in advertising, assisting brands in expanding their online presence.